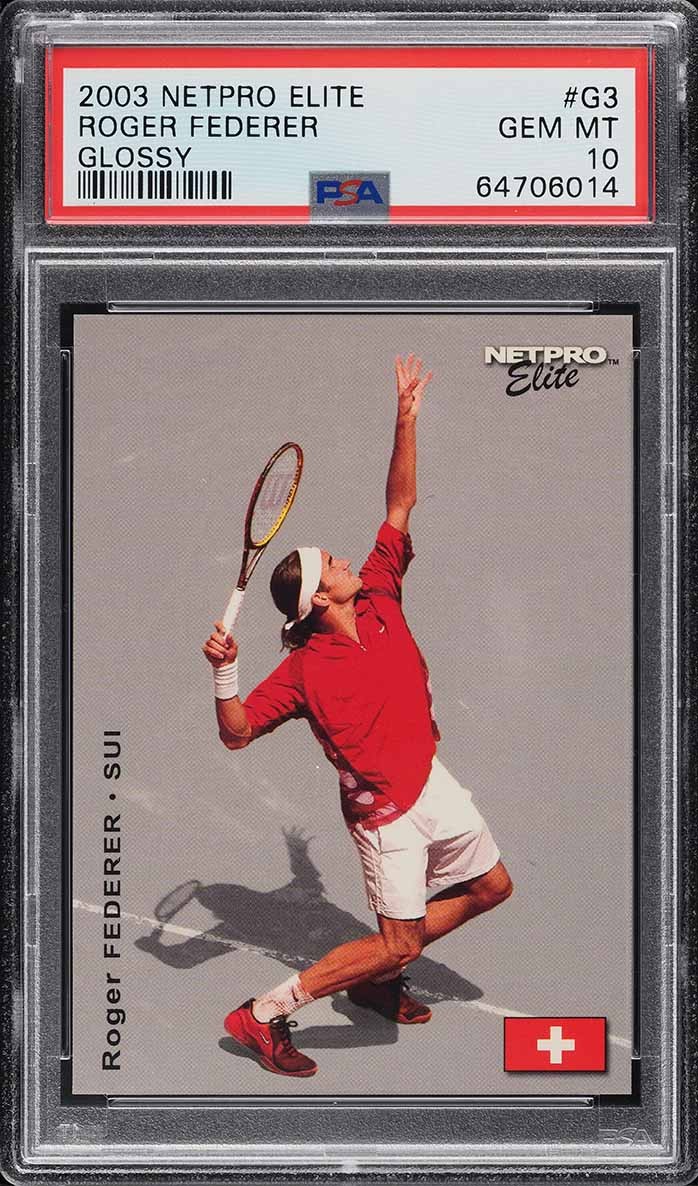 The Netpro Elite Glossy card was an insert card in the Limited Edition Collectors Set. Glossy inserts were limited to a Short Print Run of only 100 cards. Only 20 cards exist in the superior rare PSA 10 Gem Mint condition, with none graded higher. Roger was one of the all-time GOATS in tennis. He was ranked world No. 1 by the Association of Tennis Professionals for 310 weeks, including a record 237 consecutive weeks, and finished as the year-end No. 1 five times. He won 103 ATP singles titles, the second most of all time, including 20 Grand Slam singles titles, a record eight men's singles Wimbledon titles, an Open Era record-tying five men's singles US Open titles, and a record six year-end championships. Ships from my PWCC Vault.